This document represents the current and pending state of bcache in Rockstor and is not an endorsement of it’s use or support status but is simply intended to share the progress and development made to date. It is intended as a developers document so any changes made should be in accordance with keeping this text up to date with the current code state, including in the case pending pr’s.

If you wish to comment on bcache support in general, as opposed to the specifics of what is actually in play currently: please consider contributing to the following forum thread: SSD Read / Write Caching. Comments and edits here are welcomed in the context of code or development contributions only as it is intended as a current state of play doc.

The facility to use a faster device, such as an SSD, to cache the reads and writes from one or more slower devices, such as a HDD is the focus of the in kernel bcache system. This is not currently a supported feature of Rockstor and if implemented via the command line can lead to some confusing an misleading reports from Rockstor’s user interface. However some of these ‘confusions’ can be avoided by using the udev additions / configurations detailed in this post.

Thanks to @ghensley for his encouragement and assistance in this area.

The rules as presented are only trivially altered from those presented by @ghensley during my (@phillxnet) ‘behind the scenes’ schooling from @ghensley.

First the following file must be added:

with the following contents:

this file in turn depends upon a ‘helper’ script:

and to make this file executable we do:

In the above virtual bcache dev serial attribution is based on the associated backing device fs uuid as this seemed to be a robust solution. The reasoning here is that if one was to move an image of a bcache backing device from one physical device to another then my understanding is that this new physical device would take the place of it’s predecessor so if we ascribe our virtual device serial with the uuid of the backing device, which presumably is derived via it’s early sector make-bcache -B attributes, then we have a more robust scenario. Ie virtual bcache dev (/dev/bcache0) will remain correctly associated. Obviously a re-naming would take place on the backing device but Rockstor can handle dev re-names as long as the serial remains the same. Which if we use the lsblk reported fstype and uuid of a backing device, it should.

Although bcache’s kernel component is included in Rocksor’s elrepo ml kernel (but not in our CentOS installers kernel due to it’s age) there is a requirement for some user land tools. There are Fedora packages available that are linked to from the maintained main page for bcache reproduced here for convenience.
http://pkgs.fedoraproject.org/cgit/rpms/bcache-tools.git/

It is intended that an unofficial retargeted rpm including the above udev modifications be made available for those wishing to trial this unsupported element of Rockstor’s development. If you fancy rolling this rpm before I (@phillxnet) get around to having a go then do please update this wiki with your efforts. For the time being only a ‘built from source’ approach has been trialed:

from the README the commands that are to be build are:

“
The first half of the rules do auto-assembly and add uuid symlinks
to cache and backing devices. If util-linux’s libblkid is
sufficiently recent (2.24) the rules will take advantage of
the fact that bcache has already been detected. Otherwise
they call a small probe-bcache program that imitates blkid.
“

If running same kernel version as will boot into:

else we need to specify version and arch.

Finally we run the following to take account of the initramfs changes at boot:

Once the kernel module is loaded (auto upon device being found or via modprobe bcache) there should be a:

Also note that changes / additions to the udev rules are often only put into effect after a:

The udev additions previously covered along with proposed changes to the disk management sub-system in pr:

should mean that Rockstor is able to recognise all bcache real and virtual devices: but very limited testing in this area has been done, but in a single caching device serving 2 bcache backing devices arrangement, all associated devices were correctly presented within the user interface.

N.B. all devices were whole disk and no accommodation or testing was made for partitions in the above pr re bcache.

In the above pr the following command was used to setup a single device to cache 2 other devices in a KVM setup. The VM device serials were chosen to aid in identifying the proposed type of the devices.

And resulted in the following disk / device identifications:

In the above image the padlock’s indicate that the bcache virtual devices have been used as LUKS containers, simply as this was a more pressing focus for the disk management subsystem. So normally they would appear as regular ‘ready to use’ Rockstor devices.

Just a tiny mentioning to all people that think that they really need bcache:
“you don’t”

Now that SSD economic and accessible like the - Sun Flash Accelerator F80 PCIe.
It reads 1800mb/s and writes at 980Mb/s this speeds in a very endurance enterprise grade device?
Isn’t it super sweet for just $80 on eBay?

I have follow the steps indicated here in this article. I’m just missing the make-bcache -C... as I’m not sure how to construct the command or if I have to partition each of the 4x SSD 200gb in certain way or If I have to make an array raid0 before making the bcache?

This is why I’m looking for faster solution or access to repetitive files. Please read next

Side note:
This is actually a production system in my mini video edition work flow. I’m using 40Gb mellanox NICs to read from/to this Rockstor server. I’m using in my editing workstations Premiere Pro 2019. Project involves about 100GB of proxy multicam vide files (reduced size from the original video files that sometimes are 4k video at 100mb/s frame rates each) but the original usually is about 420Gb multiple shots per camera a total of 4 or 5 cameras or video files need to be reviewed back and forth to select best shots and do cuts, editing, color correction and such.

Can some one point me to the right direction. I can easily replicate this server scenario in another system I have in case that some want to give me a hand and used it as a testing system other then my production one.

thanks for the guide 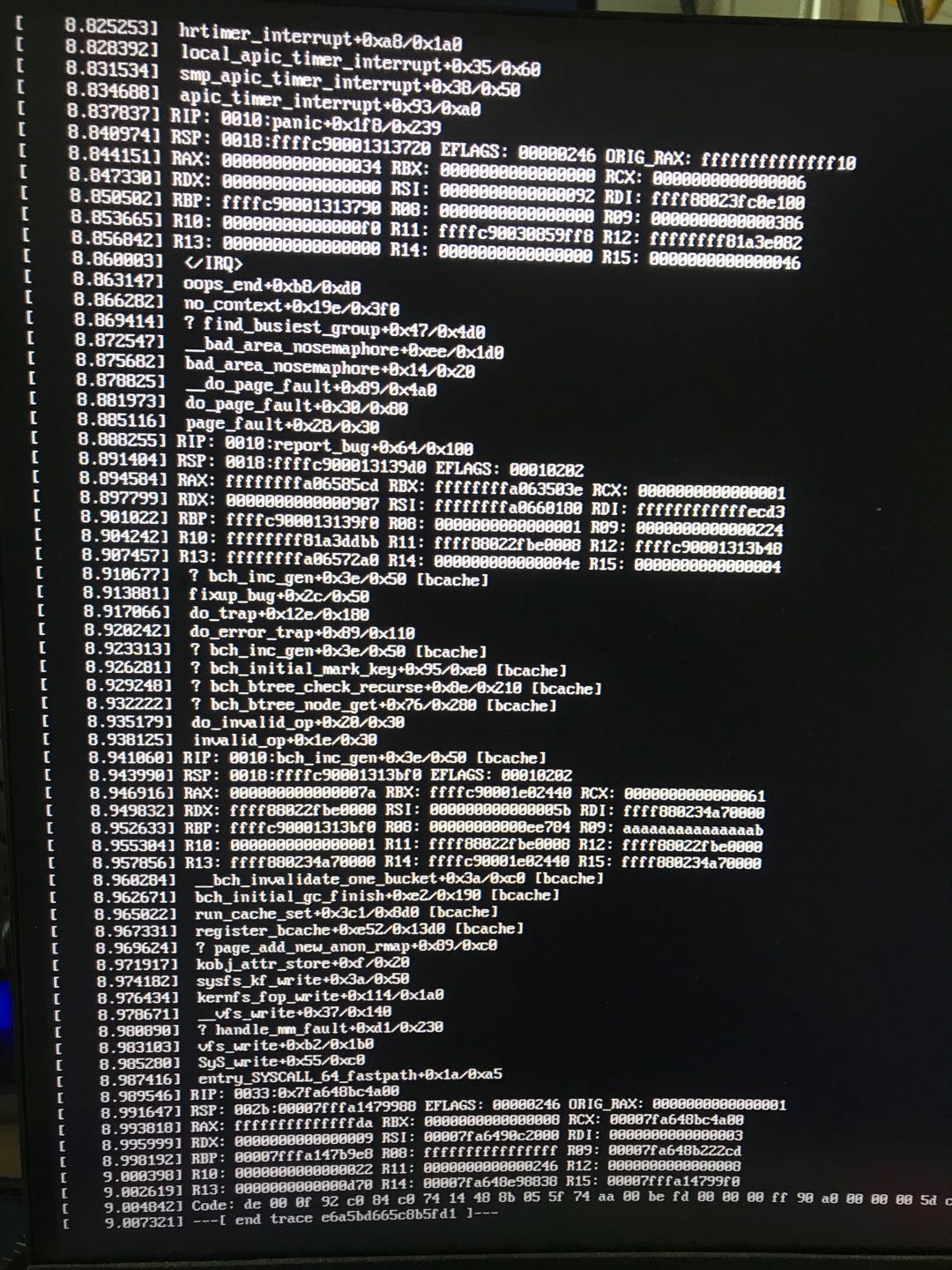 the bcached disks showed up and can be imported

That is a strange one. I suggest starting a new post with your findings as this wiki thread was intended just for development notes. So folks may be more willing to respond to a general thread than this one. And as indicated here the bcache support is fledgling currently as it depends on so many custom arrangements such as the custom udev rule etc detailed above.

Also note that development on our CentOS variant ceased as of 3.9.2-57. So any updates that we may need to address issues with regard to bchache will only appear in our Rockstor 4 variant which is now ‘Built on openSUSE’ see:

4.0.4-0 Released 19th October 2020 Stable Release Candidate 5 So this one is a simple single ‘hot fix’ of our Stable Channel authentication mechanism. I had intentionally left the Stable repository empty (we were only at release candidate phase) and this in turn covered up a long standing issue with our use of zypper and it failing to cache the url embedded password. Many thanks to forum member @GeoffA for bringing this failure to light. After much ado and much help from both @GeoffA & @Flox in…

I’ve not personnaly tried our bcache support in the ‘Build on openSUSE’ effort either so that would be particularly helpful for the Rockstor 4 endeavour. You may also find that it is not longer a requirement to install it as it may be part of the base Leap 15.2 that we are basing our pending installer on see: