I’m trying to install Rockstor 3.9.1, from the ISO, downloaded from https://sourceforge.net/projects/rockstor/files/. It gets to the Rockstor splash screen and I select Install Rockstor. However, after selecting to install, I start seeing error messages and the install never completes. 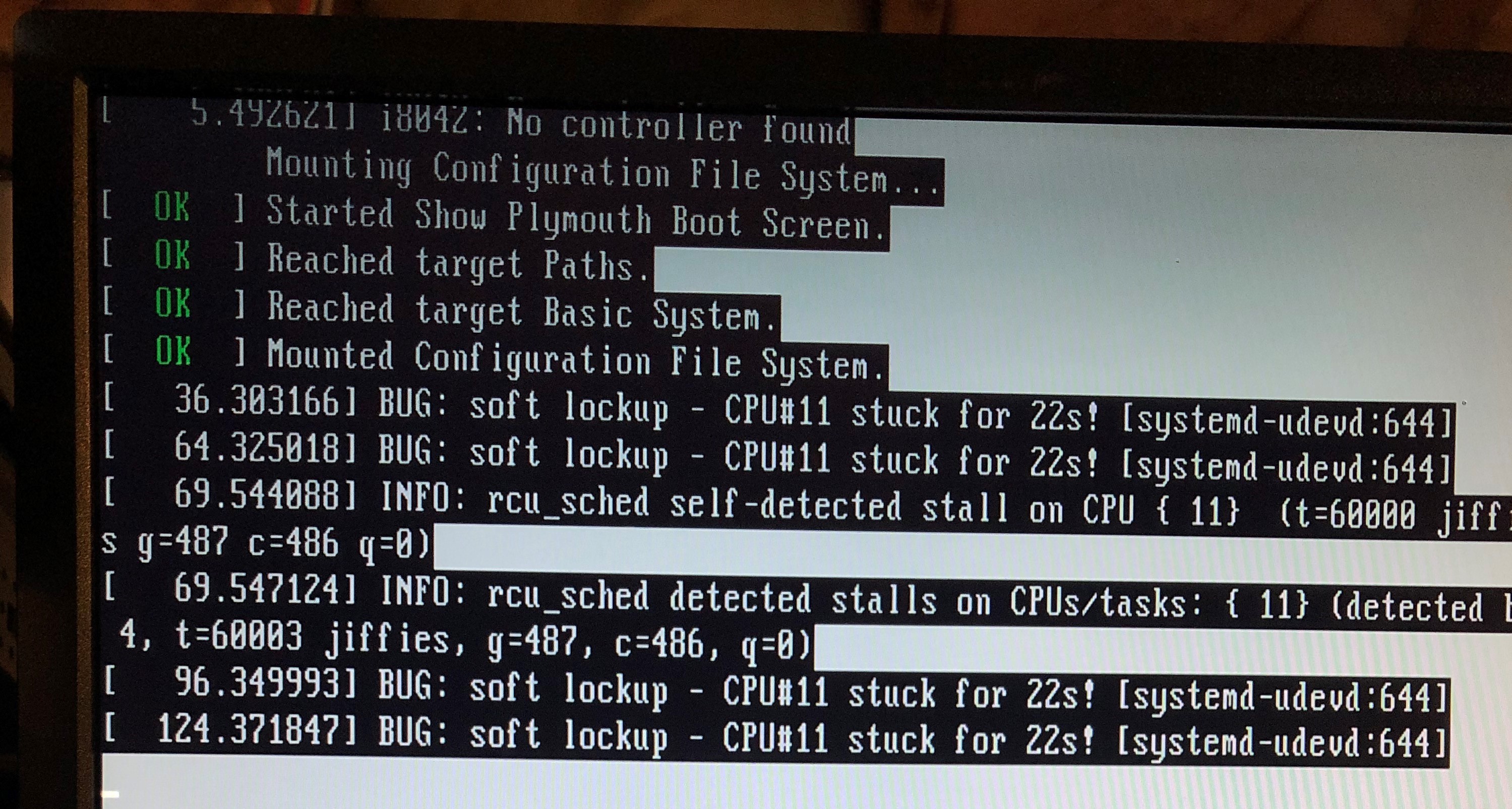 NOTE: I also tried to install vanilla CentOS 7 and I get the same error messages.
NOTE: I was able to successfully install FreeNAS, so it’s seems to be a Linux issue, maybe specific to CentOS/RedHat.

Any ideas on how to resolve this?

Any ideas on how to resolve this?

Yes, you could build yourself a Release Candidate stage Rockstor 4 installer. It’s on the verge of being our next stable release and has far newer everything than are rather old prior installer and we are now based on openSUSE Leap 15.2.

Take a look at the following GitHub repo for our open source Rockstor 4 installer maker:

I’ve had a few interactions with the main dev during our development of this installer config and they were both super helpful. Hence my credit to them in the docs. This is the upstream project: Essentially a re-working in bash/python of the old kiwi (perl I think). And it now pretty much as feature parity bar a few things they just dropped due to lack of use, ie re-partitioning etc. Hope that helps.

No downloads yet but when there is they will be build in exactly the same way. Only likely more out of date that one you build for yourself as during the build process all current packages across the board, bar the rockstor package itself, are pre-installed.

If you have difficulties with this process start a fresh forum thread detailing how far you got and what’s not working as expected.This will hopefully lead to better documentation as we move ever closer to the final release which will be the start of a new Stable channel run. N.B we do have a hopefully last outstanding issue where stable subscription is fault, but I hope to release a fix for that in testing later today.

That did resolve the problem. I have successfully installed Rockstor 4.0.4-0.

@HB7 Glad you got it sorted, and thanks for the update. This is still a pre-release on Stable but we are on Release Candidate 5 so almost there if not already there. Just watching of any show stopper bugs really.

Well done on rolling your own DIY installer. At least this way the installs have all pending updates pre-installed which is nice.

Thanks for the update and keep us informed of how it goes. We are really hoping to call this one our first Stable release of the “Built on openSUSE” endeavour. Plus we need to move on very soon with the testing channel again so it would be a win all around if can finally name a new Stable version.