I’ve been busy creating/testing a Pi4 NAS using the recent installer build for Rockstor built on OpenSUSE - and am impressed with the results.

I just wanted to share my experience and a couple of pics with the community, in case anyone out there is a Pi-fan.

My long term NAS so far has been a WD MyCloud - a single drive 3TB device which has performed without hitch for the past 5 years. I use it purely for storing files, as I use separate Pi devices as Jellyfin Logitech Media servers.

I’ve toyed with other NAS software on the Pi with good success and once I found out that the move to openSUSE provided a potential ARM64 build I couldn’t wait to give it a try.

At the moment the only way you can do this is to build your own installer and there are sufficient links and resources on here to show you how to do it. To be honest, once I’d spent some time reading through the resources and understanding what’s needed the actual build process was straightforward.
If you intend trying this, do make sure you read through everything beforehand. And then again.

I did the build on the actual Pi4 which was my intended target device in the pictures below.

Basically there are five steps:

Ok, so that’s a bit simplistic, the exact commands and details are in the online resources here - I won’t repeat them here.

The build process created a 5.2GB .raw file which I burned to an SD Card using Balena Etcher, and
popped in the Pi. Remember to connect a monitor and keyboard for the initial setup though, which is dead easy to work through.

Too many words, so here’s a couple of hardware pictures for you: 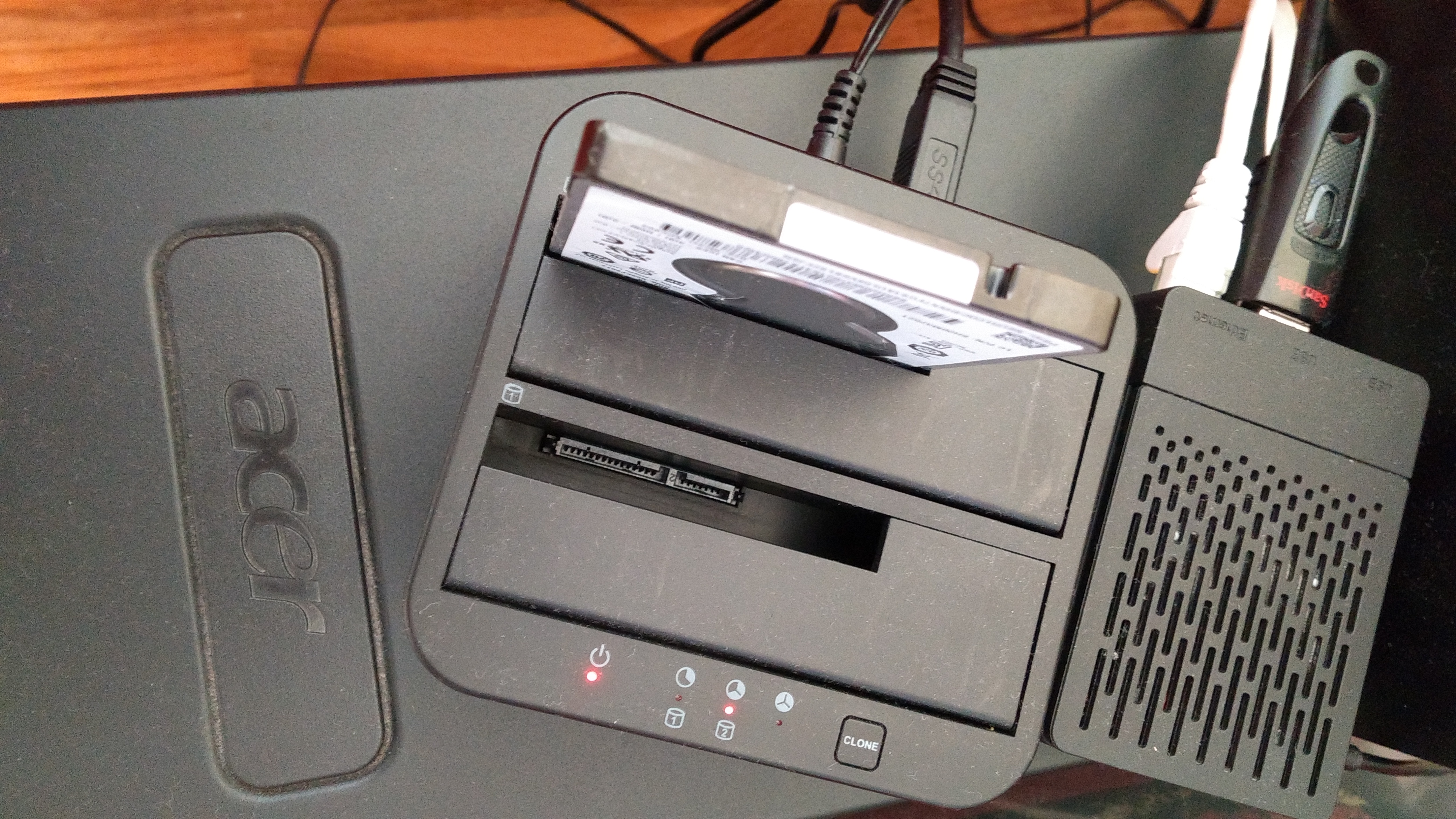 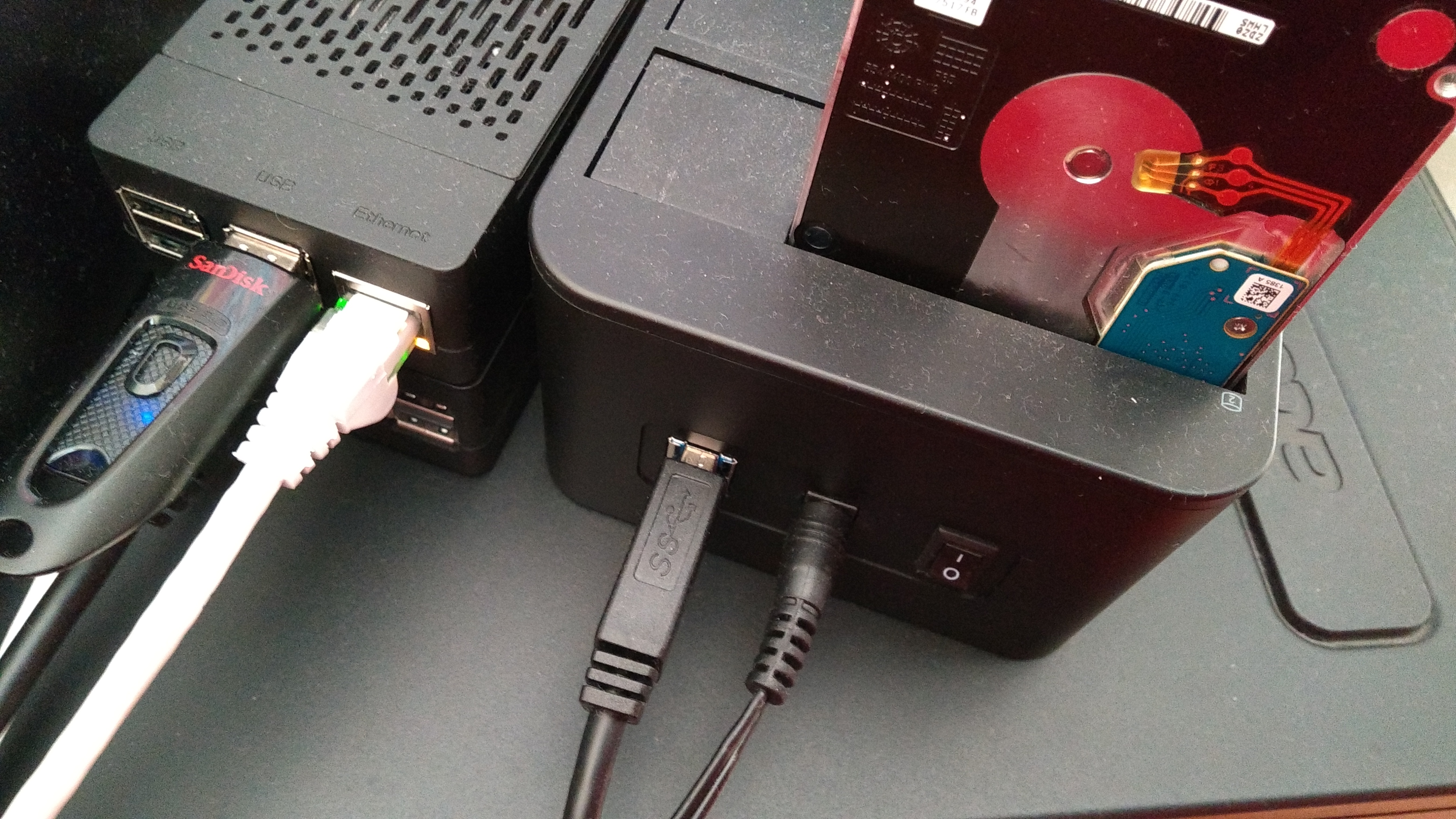 After starting with a SD Card, I’m actually now running Rockstor 4 from the USB stick you see hanging out the back of the Pi4. I wanted to move it to run from SSD, but I’m experiencing some odd issues with that at the moment - I intend to overcome them as soon as I get some free time. The Pi underneath is a Pi3 B+ running Jellyfin media server.

My data drives are simply sitting in an external UASP USB3 2-bay HDD dock. At the moment a single 2.5" 2TB is in there for testing purposes while I removed the other drive to test RAID1 failure.

Throughput of this Pi4 setup is around 50-60MB/s depending on file size. Some larger video files have given me 80MB/s. That’s reading and writing. Those are initial observations, and more than enough for me. There are probably limitations in my network I’m sure, as well as the laptop drives in use.

The Pi setup gives me a very reliable, low power consumption RAID device, with easy expandability with, say, purchasing one of Terramaster’s DAS boxes (the new D4-300 is of particular interest).
The only downside I can see right now, is the mess of cables, and I’m looking at a suitable housing for it. But then again, how could I possibly hide a Pi from view?

Anyway, there’s my first effort at putting Rockstor 4 on a Pi, and using it for storage and streaming.

I don’t understand the syntax of the changes that need to be made to the “rockstor.kiwi” file. Could you upload a copy somewhere?

I don’t understand the syntax of the changes that need to be made to the “rockstor.kiwi” file.

You can build by making no changes/edits at all to the rockstor.kiwi file. Since this article was written by @GeoffA we have established some sane defaults that should work just fine.

Hope that helps. And if you have further problems you can open a new forum thread with the specifics of what is not working for your. This makes it easier for folks to chip in as the title will then be more relevant to your needs.

Edit all lines directly preceeded by <!-- Change to … to reflect your chosen profile any rockstor rpm version changes you make.

Maybe someone could change the page to reflect that this procedure is not required?

@ktraglin Hi, sorry I wasn’t on the forum over the weekend to see your post - its been a busy one!

As @phillxnet indicates, my journey back in Sept last year with the Pi4 was in the ‘early’ days of the roll-your-own-installer, based on the original 4.0.0 install. I’ve not revisited the build process since the default updates to the kiwi file. However I can say the process I used worked without issue - in fact the only problem I experienced was a dodgy image writer.

IIRC the only change needed was to define the h/w architecture, and again this was not problematic. I used the same target Pi4 for the build process. Unfortunately I no longer have the build environment set up as the Pi4 in question is now in use elsewhere.

@GeoffA, do you still have the “.raw” file stored anywhere?