Failed to start samba due to a system error: Error running a command. cmd 22

just tried to turn samba on under services

This is my first time using Rockstor. Its installed as a VM with ESXI 6.7.
I simply want to enable samba and NFS for LAN file sharing.

When i try to run the commands in the error, i get a permissions error. It says i dont have permission to view the log? this is the default user i created when installing the program.

here are the results from the systemctl status and journalctl 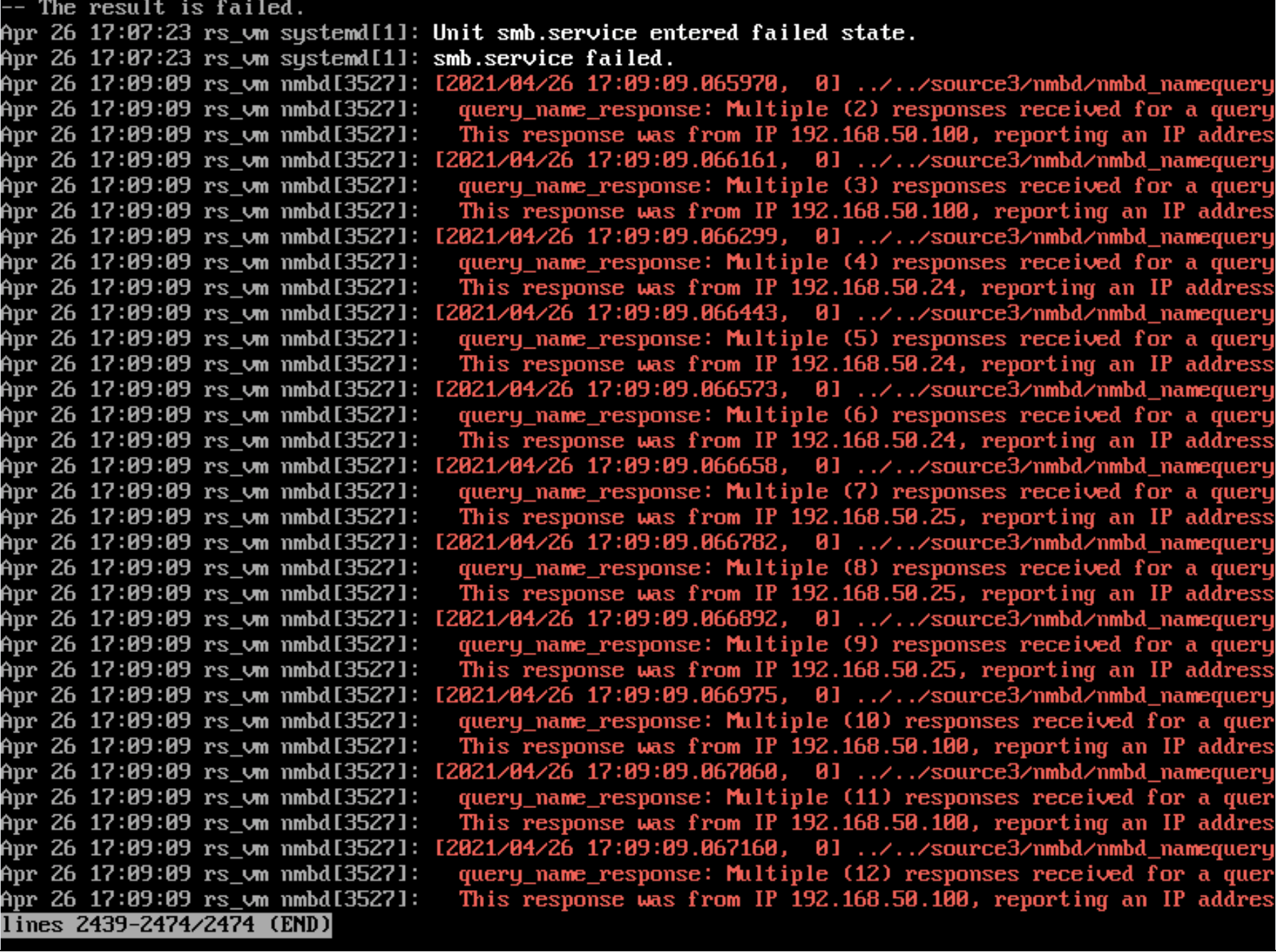 here are some errors from the rockstor.log 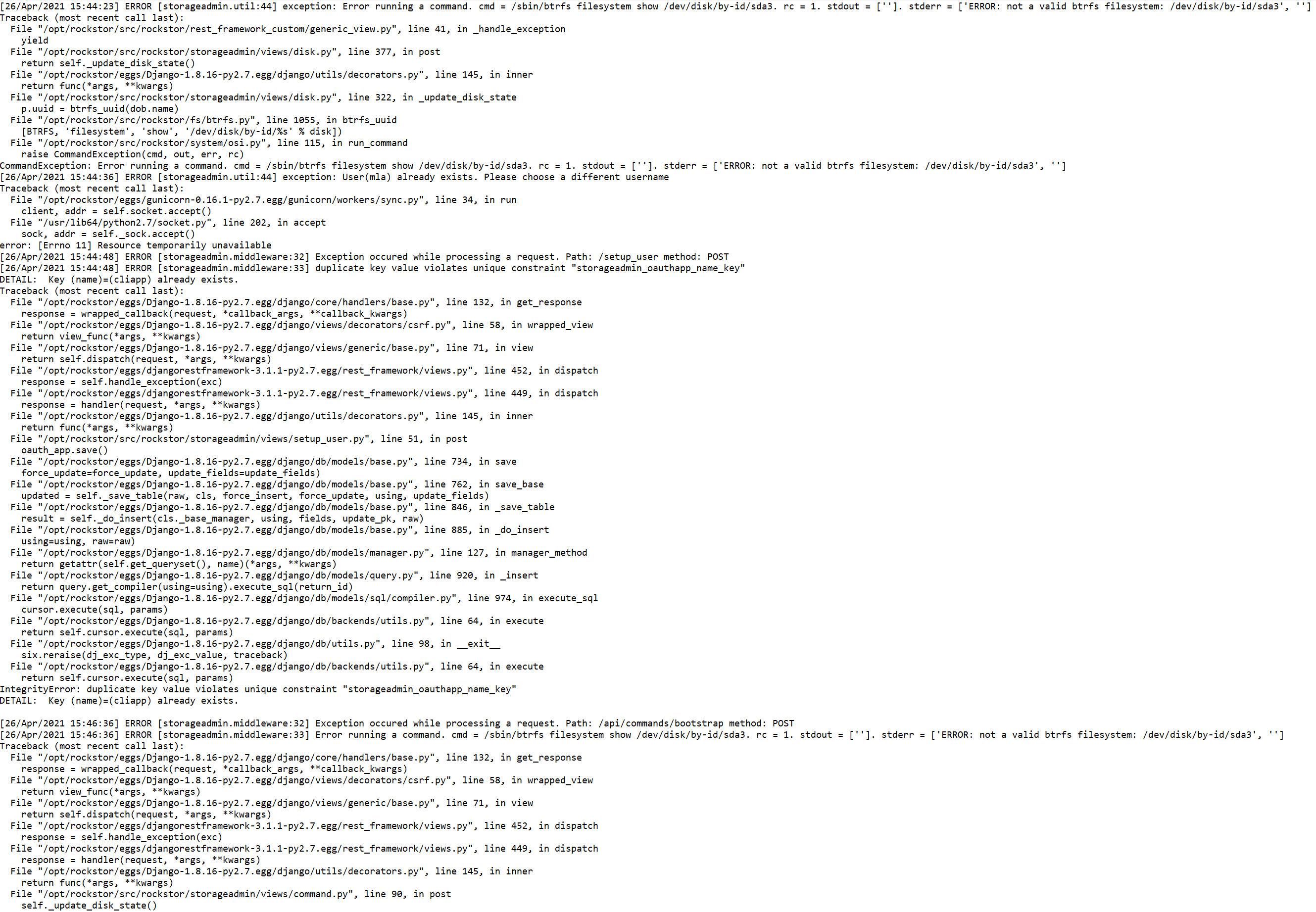 I suspect that you have already resolved these issues but given the first is a know upstream samba update failure with our now legacy CentOS base and the key to it’s cause can be had via the suggested commands at the end of that error message:

Essentially a samba library is known to occasionally fail during our now rather large update set from CentOS, due in part to our rather old ISO.

See the following forum thread for how some folks resolved this in their Rockstor installs:

@Bert, @Haioken, and @doenietzomoeilijk The update in question that seems to have upset things here would appear to be the system wide shift from upstream that moved our base from CentOS 7.3 to 7.4 around the time that Rockstor 3.9.1.11 was released. I.e, having just updated a system from Rockstor 3.9.1-10 to 3.9.1-13, samba and co were updated from 4.4.4 to 4.6.2 and initially that caused a failure of the newly upgraded samba to start due to a nmbd failure: dell1 systemd[1]: Stopping Samba …

This samba library update failure and many other failures can be down to rebooting mid update. This is easily done now that there are hundreds of MBs of upstream updates. And we have insufficient Web-UI feedback to indicate when exactly all these updates are in place. One work around, post subscribing to an update channel via the Web-UI, on the older Rockstor 3 variants only, is to do this now very large update via the command line as the root user:

You may in this process be asked to accept new upstream repo keys.

Our newer ‘Built on openSUSE’ release candidate variant, now at 4.0.6, does not suffer from this update issue and uses zypper as it’s main update program.

Hope that helps at least with this issue.