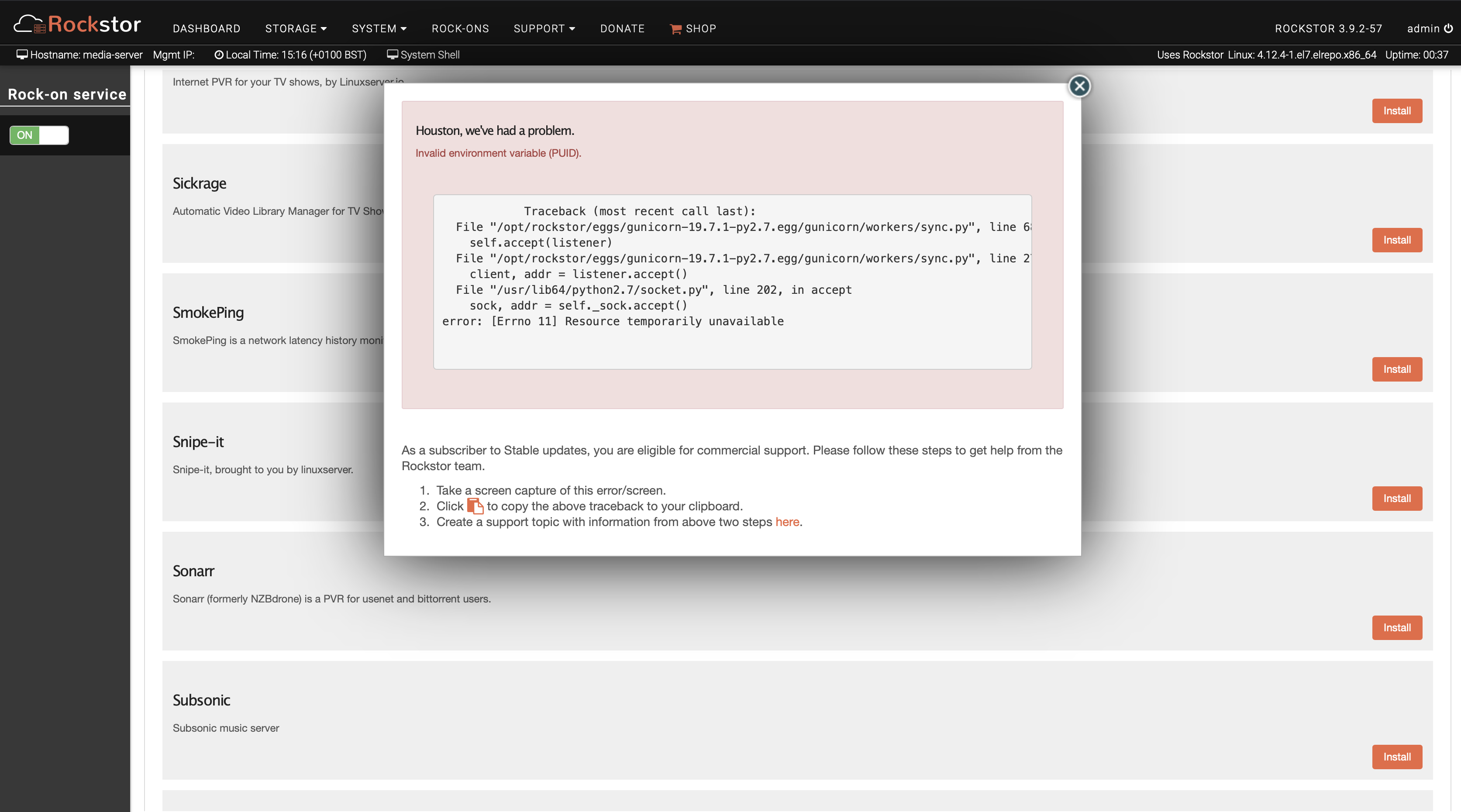 Hi @willwill2will54, and welcome to the forum!

I believe you are hitting a currently known limitation of the rock-ons framework related to the use of multiple-containers in a rock-on. See the post below for another mention of it in this forum:

The existing official owncloud rockon uses a depreciated docker container, so I thought I’d re-do it using the new official one, however I’m running into an error when creating the rockon: invalid environment variabled(OWNCLOUD_ADMIN_PASSWORD). From a google search, it seems rockstor had/has a bug where if you have multiple containers in a single rockon, the environmental variables are shared among them (or at least checked to see if all of them have that variable). There was even a ticket crea…

As you will see in the post above, the issue has been well described and a fix has been worked on by several contributors in the past:
Issue:

While developing the metadata json file for a new rockon, I can into this error with one of my defined environment...

Unfortunately, its implementation has been delayed for several reasons (the openSUSE rebase being a recent major one) but I’m due for taking care of it and do intend on doing so very shortly after the new “Built on openSUSE” Rockstor is released. As this fix does change the background logic/parsing of rock-on definitions, I’d rather not insert changes to that before the rebase is complete to help limit complications.

Being able to correctly use rock-ons with multiple containers is a very important features of rock-ons (in my opinion) so that is definitively something I intend to help fix.

Now, to help with your situation, a workaround would be to move the definition of environment variables inside the opts object. This will not allow for customization in the webUI during the rock-on install, but you can define those two variables for yourself in the opts object and that should fix the problem. I know this is only a temporary solution but that should help you move forward at least.

Sorry I wasn’t able to provide a better help/solution at the moment, but I hope it still helps. Thanks for letting us know!