The error message you have cut and paste is missing some advise that would likely help here.
It is likely something like:

See the following older forum thread for another example of this:

@quistian OK, so now try the suggested command as the root user: journalctl -xe And look for rockstor mentions.

It would also help folks here on the forum to help with working out what may have gone wrong by supplying more information. For example have you recently changed any configuration, installed a new rock-on, potentially filled the system drive etc. Is this a new install, and what version is it? Has the Web-UI every worked. Have you just applied any updates. This can all help to identify what may have lead to this failure. And in turn how it may be resolved.

The following command should give you the Rockstor version info:

Let us know what you find that looks rockstor related via the suggested command and that may also help.

Earlier versions of our v3 did expose a “root” share which has now been removed. Using that share with Rock-ons was often disastrous. And that is why we removed it’s exposure from the Web-UI. It may be that this is what you have done.

Lets see a little more info and then we can make better guesses.

But also note that we now only release updates for the v4 version which is “Built on openSUSE” and given it is a different linux distribution, and a major version number update, a re-install is required. It can still import v3 data pools. However it’s best to have your existing CentOS based v3 version functioning first before doing a re-install. Just letting you know in case you were not aware of our current situation. 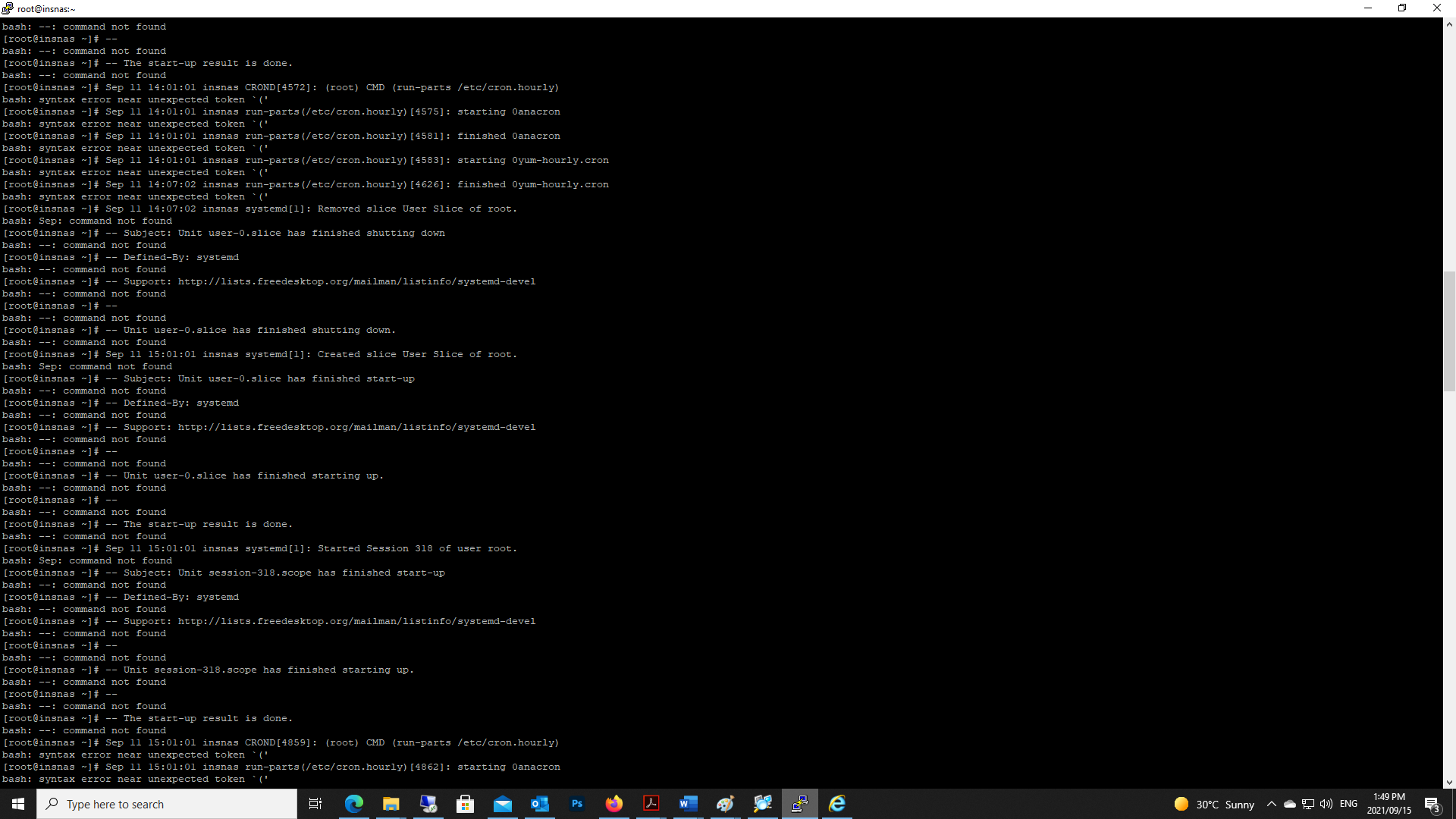 From your forum picture it looks like you are pasting the output of “journalctl -xe” back into a terminal. This is not useful as we just see a lot of error messages as the terminal is trying to “run” (read interpret) the journal (read log) output. What we need is the log output pasted into the forum, ideall between lines containing the following characters (3 single inverted commas):

The it will be readable in the forum.

You could start with the easier to cut and paste

That command pasted as a single line into the terminal on Rockstor as the root user should give us at least the version of Rockstor you are using. And act as a test run pasting more info into the forum.

Hope that helps and apologies for the tedium here. Always tricky to get-off-the-ground with first establishing the area of the problem. But lets start with the output of that command first. Then move to the output of the other journal command if all goes well.