I was trying to create a new user

Create A New User.
Filled in

Could it be related to my update problems yesterday? 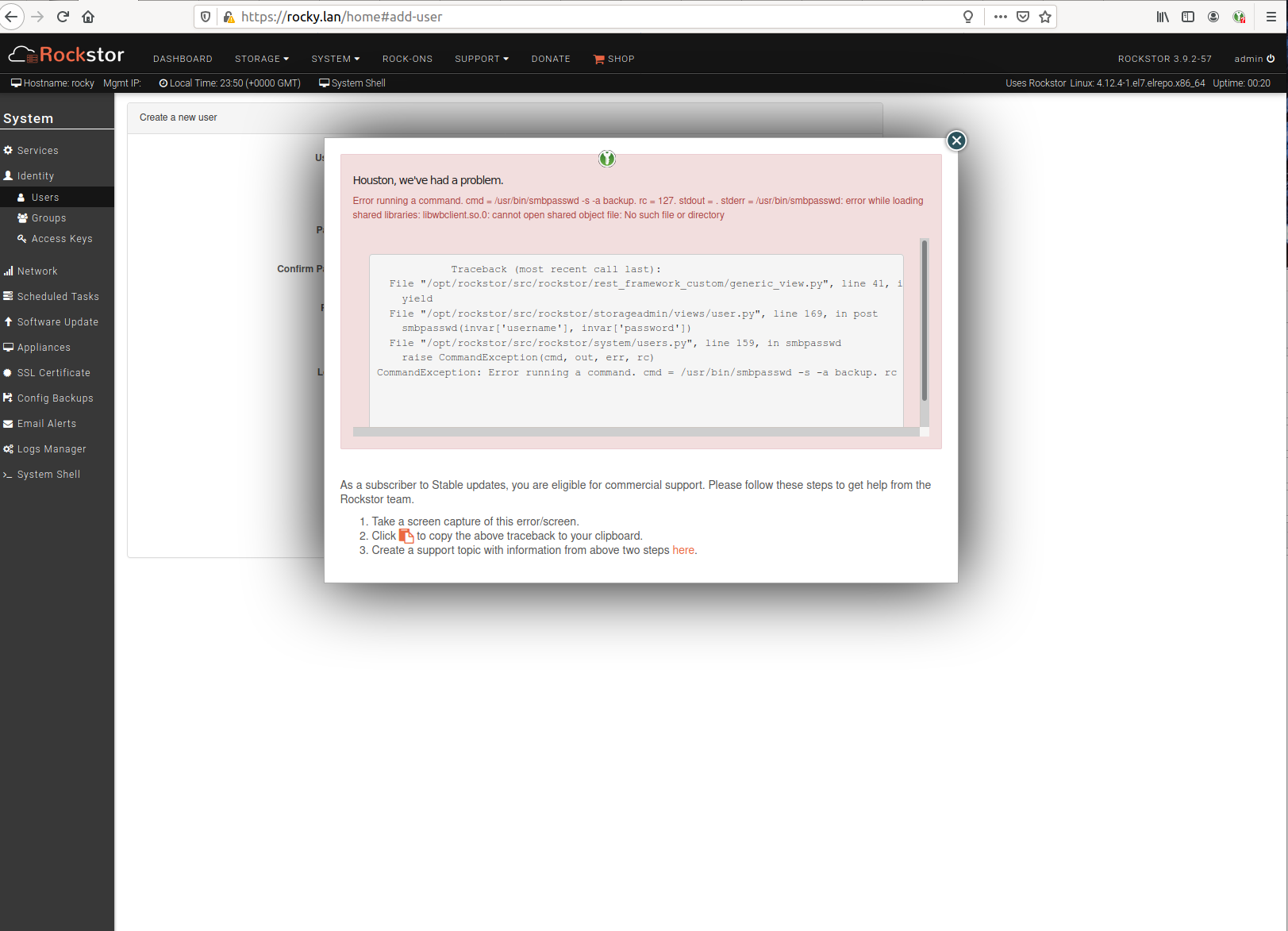 Could it be related to my update problems yesterday?

Quite possibly. We have seen a good few reports of a failed samba update on the CentOS side and:

Take a look at for example:

Brief description of the problem Samba is not starting after update. Detailed step by step instructions to reproduce the problem I tried to update Rockstor via web-ui I turned off the computer while the update was installing by error. I deleted the malfunctioning kernel and updated via the shell (from the computer monitor) Now samba fails to start Web-UI screenshot [Immagine] Error Traceback provided on the Web-UI Traceback (most recent call last): File "/opt/rockstor/src/rock…

and it’s links. There are other such reports on the forum under “samba failed” search or the like.

Once that is sorted, likely via a re-install of a samba lib as the upstream samba libraries during what is now a fairly massive update from our very old 3.9.1 iso, you should be sorted.

Another such thread is the following:

Hello everyone. I found Rockstor today and I’ve been testing it out, so far I’m really liking it! I tested it using 3.9.1-0 initially, then after i decided to start over, reinstalled it and decided to give the updates a go. It updated the system to version 3.9.1-16. Everything seems to be working except Samba: I did no configurations on rockstor at all before upgrading, samba just fails to start. I tried checking the journal logs, but i couldn’t find the issue by myself. Could you help me ou…

After fighting to fix broken packages for a bit, I gave up and re-installed 3.9.1 from scratch.
Importing the data disks was easy.

Then I did a yum update (from ssh from laptop, rather than web-UI System Shell this time)
A couple of reboots and a system update from the web-UI (rockstor itself hadn’t updated)
I was up to rockstor 3.9.2 on 4.12 kernel.

Adding users was a lot better then!