Hello my fellow Rockstorians! Time to kick off 3.9.1 work.

After the release of 3.9.0, we’ve closed 68% of issues in our Pinnacles milestone. Naturally, my main priority is to reach 100%. Contributors are free to work on whatever issue that interests them, so keep in mind that @phillxnet @Flyer and others may be closing issues not necessarily in my priority list.

This release cycle has started off with a bang. 3.9.0-1 update is out with two contributions from @Flyer. Support for custom scheduled tasks is added which is a big enhancement, and judging from github comments, there’s going to be more contributions to this feature-set in the coming updates. Go @Flyer!!! I am also super excited about LUKS support work that @phillxnet’s been working on. I am looking forward to pushing some good stuff myself! Thanks to everyone on Testing channel for actively reporting issues and suggestions on github. I’ve triaged and set priorities so we can work on them appropriately. Please update and test away! 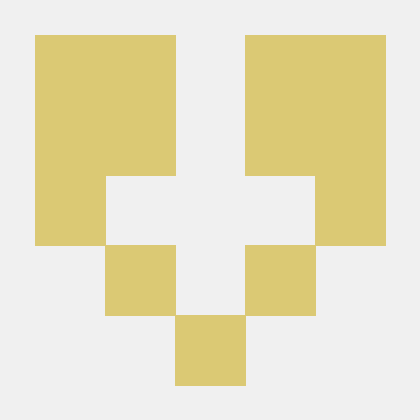 3.9.0-2 is now available. And, this is a special one. @Flyer contributed an initial framework for frontend translations. We plan to iterate on it in the coming updates, but I am pretty happy that we got the ball rolling. Translations support has been overdue for some time now. I’ve closed another backend issue, thanks @maxhq and @phillxnet for the github conversation! Please test away!

Rockstor 3.9.0-3 has been released. I closed two issues in this update, both are somewhere between being a bug and an enhancement. After this update, single-raid type pools will be created with dup metadata profile, the BTRFS recommended default. Also, if a Pool is imported from a BTRFS without a label, it is set with the fs-uuid.

We also have a new kernel and btrfs-progs with this update. 4.10! Woohoo!

@suman @Flyer
FYI
I’ve updated yesterday from stable 3.9.0 to 3.9.0-3 in order to check if the new kernel / btrfs-progs do have any positive impacted to my share size / usage issue posted earlier here

Usage data on pools and shares not updated Bugs

@suman even with the latest 3.9.0 release it seems that the data usage issue is still not solved (?) Almost all of belows indicated data usage is wrong (to less of MB/GB) [image] [image] The only one that looks ok, seems this dashboard [image] Thanks for any comments

After the upgrade and reboot I’ve realized that the server was hanging somehow / high CPU usage and the WebUI did not react, but after ~10min or so the system operated normal again

All running well with this testing release, but share usage still look wired. I know it is not a critical issue, but annoying 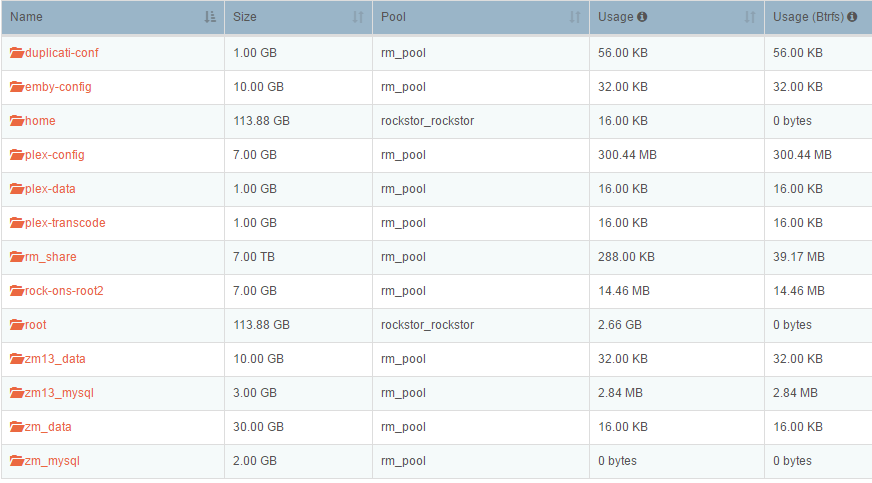 Will check it, moving to this ad hoc thread Share usage troubleshooting

3.9.0-4 is out now! We closed two issues in this updated. @Flyer made a UI enhancement to Samba management and I improved the db migration logic that trips up some rpm updates. 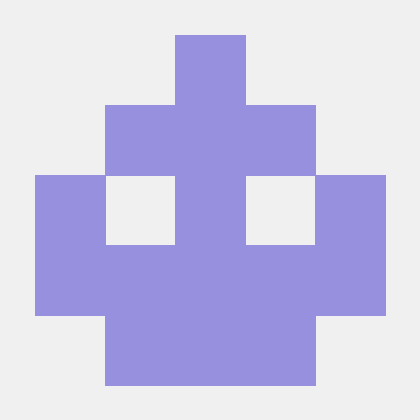 We have another exciting update for you! 3.9.0-5 is now available!

Sorry it’s been a while since the last update, but happy to say that 3.9.0-6 is now available!

I fixed a bug to update nginx config and /etc/issue accurately if management interface changes. @Flyer contributed a small improvement to make our builds faster. Thank you @Flyer!

3.9.0-7 is now available my friends! This is a special one because we welcome a new contributor Kairo-at. Thank you for contributing enhancements to user and developer experience!

nbd devices do not support S.M.A.R.T.

fix 'for' attributes on user_create_template labels

Have you wondered what @phillxnet’s been up to lately? He’s been hard at work adding support for full-disk LUKS, which is now released in our latest testing update: 3.9.0-8. This is a major feature addition, and I encourage you to give it a try and report feedback.

I’ve also merged another contribution from him making this a special update brought to you entirely by… @phillxnet! Thank you!

This cycle is already ongoing since 2,5h month, pretty slow compared what is stated on the homepage during the subscription procedure…I’m wondering if it is only related to resources or major technical issues?
Reading recent news at e.g. Freenas with their 10 release earlier this year being withdrawn and the new 11 RC being set back to technical review it seems there is some “negative” progress at some major NAS OSs

@glenngould Hello again. Yes, has been a longer one and that is partly my fault I’m afraid. My LUKS addition was earmarked for this release and it took me much longer that I had originally though. As for the issues related to Freenas I think the history of what happened there re their selection of a new front end technology whose main development company then folded didn’t help things for them. But Rockstor uses pretty much all ‘boring’ and very well established tech, ie GNU/Linux CentOS (not FreeBSD) with an elrepo mainline stable kernel, Django, PostgreSQL, bootstrap (originally by twitter), handlebars (GitHub link), and Buildout for the build system. Oh and to my relief we have no PHP (I wouldn’t be here if there was). Plus we use Jenkins as our CI and develop completely in the open on GitHub. My understanding is that this forum and the Jenkins server are also self hosting, ie they run on Rockstor instances. We also only ever have one code base, sampled from time to time for our stable release channel updates, as opposed to FreeNAS vs TrueNAS where the latter paid version has additional features. Hopefully others more familiar with FreeNAS can chip in here as I have only used it in multiple instances for a few years prior to adopting Rockstor.

Any tech change will almost always bite back and we have had our own issues re our move from south to the now integrated version of south in newer versions of django where we had upgrade issues. Essentially software is hard and has many moving parts which is why many eyes is imperative and why ‘boring tech’ can be a good thing. Also these things are best not rushed. I wish FreeNAS all the best and for ZFS hosting I think they will for a long time to come have an advantage where ZFS is concerned (over linux ZFS solutions) given the relative newness of ZFS on linux / OpenZFS and the non native nature of the memory management involved in that arrangement.

I hope that adequately addresses your concerns.